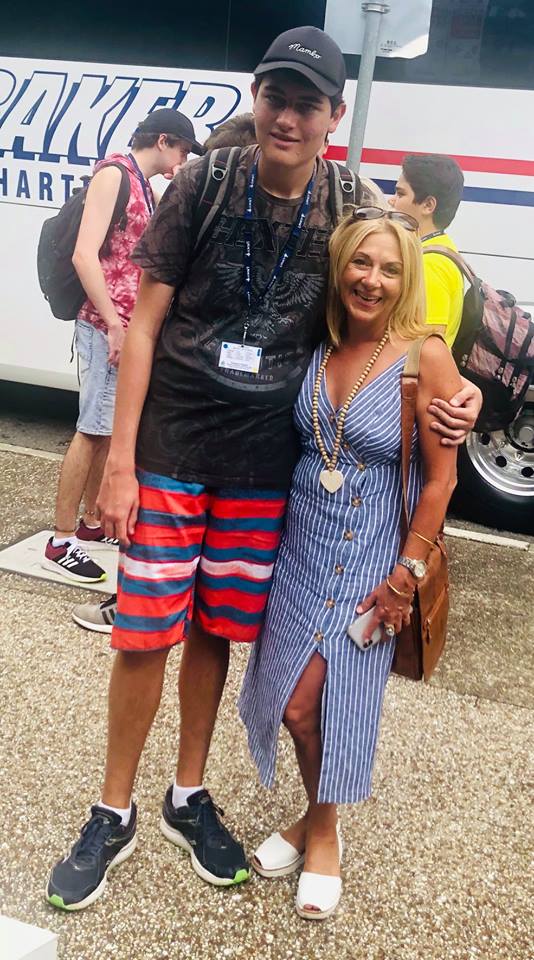 Loving with Autism Update: Yesterday I dropped Thomas off to his final Legacy Youth Camp… the final one because he will no longer be the ‘youth’ but will be an adult next year!

As a new family walked in… a Mum with her three young children I was overwhelmed in sadness.. knowing that this family was there because they had lost their Dad… families brought together and forever bound by such a painful event... and because of Legacy out of this comes something so positive, and that is the family and support that is Legacy.

Remembering back to the very first time Legacy was introduced to me and they tole me about the camps and how I could get a break while my Children attended these camps… and they would be mixing with other children in the same situation that could support them by sharing stories and knowing that they weren’t alone and there were others with a similar story… I was hesitant in sending Thomas on his first camp, what would he eat, what do they know about Autism, would they know what he needed when he was to shy to talk… would he be OK… and the whole time they all kept reassuring me that he would be fine… I dropped him off in tears and they were right, he was fine and Jack and I had our first break together where I could just be with him and Thomas could be supported by the Legacy family… it was a relief I find difficult to describe and one that still brings tears to my eyes… I honestly feel like dropping to my knees in gratitude.

I looked around yesterday and noticed how the kids had all grown up, the ones that I have known since the beginning… what fine young men and women they are… some returning to be youth leaders on the camp. Such amazing young people growing through such painful times.

But for now I delight in the difference that Legacy and all of the families and Legacy employees have made in our lives and feel oh so very grateful! Thank you to anybody and everybody that has donated to Legacy over the years… you have made a difference!