"> Courage - Julie Cross
Skip to content
When people talk about courage and when they say to me that I am courageous, well I have always felt that it was not deserving, because I guess when I had thought of being ‘courageous’ that would be running into a burning building to save somebody or something like that… but I think I get it. In a world where people are so consumed about the opinion of others and being ‘liked’ courage has a whole new gig. 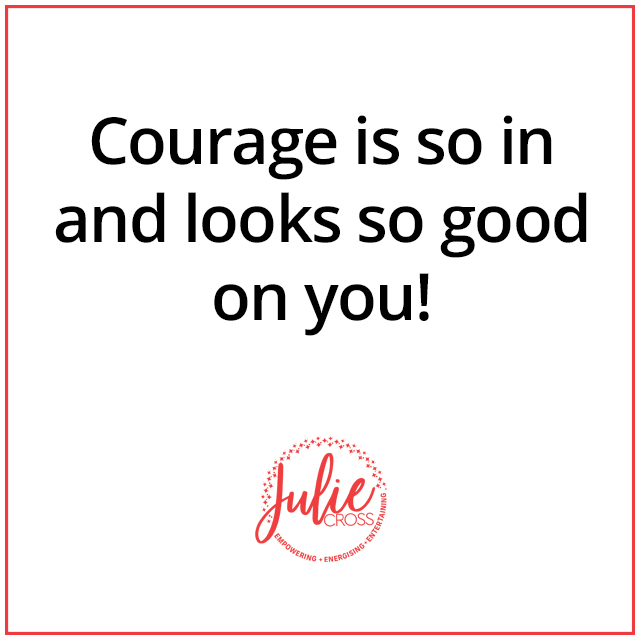