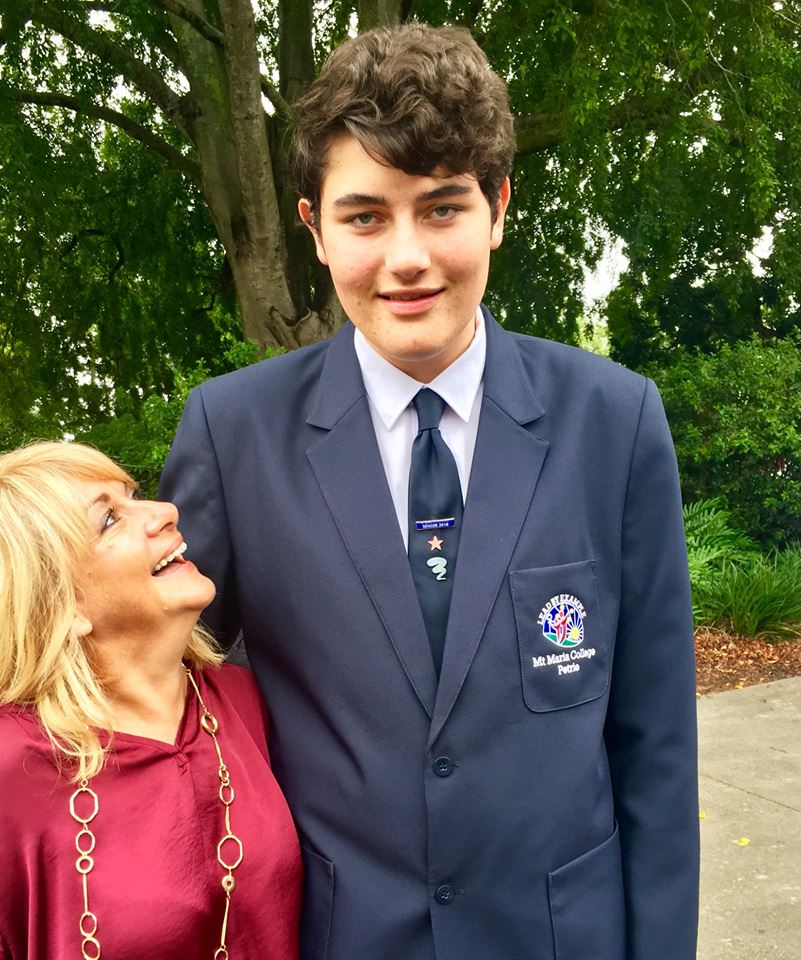 On Friday Thomas received his ‘Senior’ badge as he begins this final year at school. Leaders were presented with their Leadership Badges too… and as we celebrated them and they talked about the role of Leadership and what it looks like I couldn’t help but reflect…

Although Thomas never received a leadership role, (which is appropriate), I started to think about how he does in fact set a great example and is in fact a great role model and leader amongst his peers.

Never did I realise the extent with which I would look up to him and admire how he has come through such adversity, dealt with such deep grief exaggerated through the lens of autism and an inability to communicate and somehow have to make sense of his feelings and what was happening around him and to him… and yet he did come through that… he did it without the help of medication, he had to learn great self discipline… and with a mum who didn’t really know at times what she was doing either. He did stop kicking in walls and windows and he is such an empathetic, kind and generous young man… setting a great example for others.

Thomas always turns up on time for work and would never be late and always does what is expected of him to the highest standard he can… and this is noticed by his manager, his peers and the customers… another great example of self leadership.

I watch how much work Thomas puts into connecting with those around him… he finds out and remembers people’s birthdays, he goes to great effort to give presents to those he is particularly close too… he asks questions about peoples lives, listens intently, remembers and makes a point of asking them about their friends and family next time he sees them… perhaps because he has had to work so hard at connecting has become so good at it. A great example of setting an example in how to care for and connect to others… who would have thought a child with Autism would be leading the way in setting an example in how to best connect with others.

So Thomas, I look up to you… in more ways than one and I am so damn proud of how you have grown up.